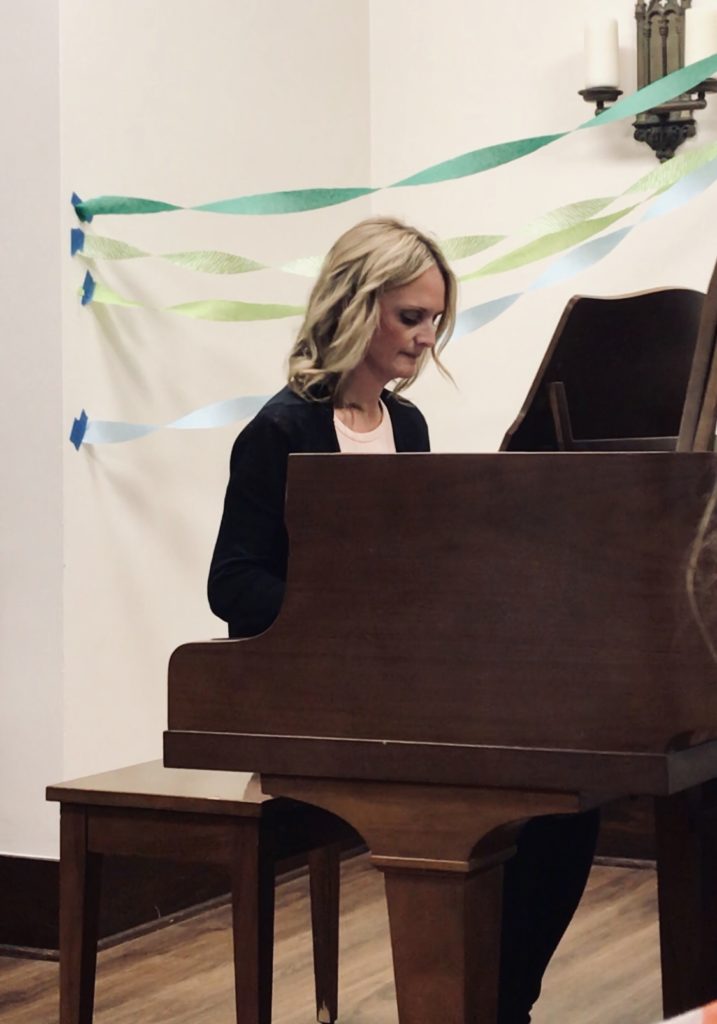 Most of our students are kids, so our recital participants typically comprise the 18 and under set. However, there are a few brave, grown-up souls who place themselves (willingly!) on the roster of recital performers.

Stephanie Petrusha says playing her first recital made her a “nervous wreck”, and Katie Licup says being a litigator is nothing compared to playing “Somewhere Over the Rainbow” in front of a group of strangers. But both women agree that the belly-butterflies were worth the growth and exhilaration that followed.

Here are their stories.

After Stephanie Petrusha inherited a piano from a family member, she decided to start lessons for her son. Like a lot of kids new to lessons, he became frustrated because he wasn’t immediately great at it. Practice dwindled.

Stephanie wanted to show her son that learning something new takes work, and that piano isn’t easy. So at age 38, she signed up for her very first piano lesson since the fourth grade.

Two and half years later, she’s still at it.

“I found piano therapeutic,” Stephanie writes in an email. “I’m at ease knowing this is something I will enjoy and build upon even as I grow older.”

I asked Stephanie (and Katie, whose story follows below) a few questions about what it’s like to play in Piano Power recitals. Here’s what she had to say.

Performing in a recital is definitely out of my comfort zone. There is a lot to be said for leading by example, though. How could I expect my child, who was hating piano at the time, to perform if I didn’t do something uncomfortable for myself?

Little did I know how rewarding this would be for me in return. I had done it! And the years of lessons my son took gave him the confidence that has helped him breeze through the middle school keyboard curriculum. And he’s the best french horn player in beginning band at his school.:) These are my motivational reasons to do it.

At my first one, I was a nervous wreck! I have never been more proud of myself after the second one.

Would you do it again? Why or why not?

Yes. I will continue to force myself out of my comfort zone, mainly because it forces me to practice a lot more. I am determined to sit down at a piano someday and look at a sheet of music that I have never seen or heard before, and immediately be able to play the song with the right rhythm.

Piano lessons have taught me a lot more than how to read music and play the piano. It has helped my chaotic life seem calm, and I can share it with my children and friends. Piano is my outlet. It has made a huge difference in my life, and I will forever be grateful. 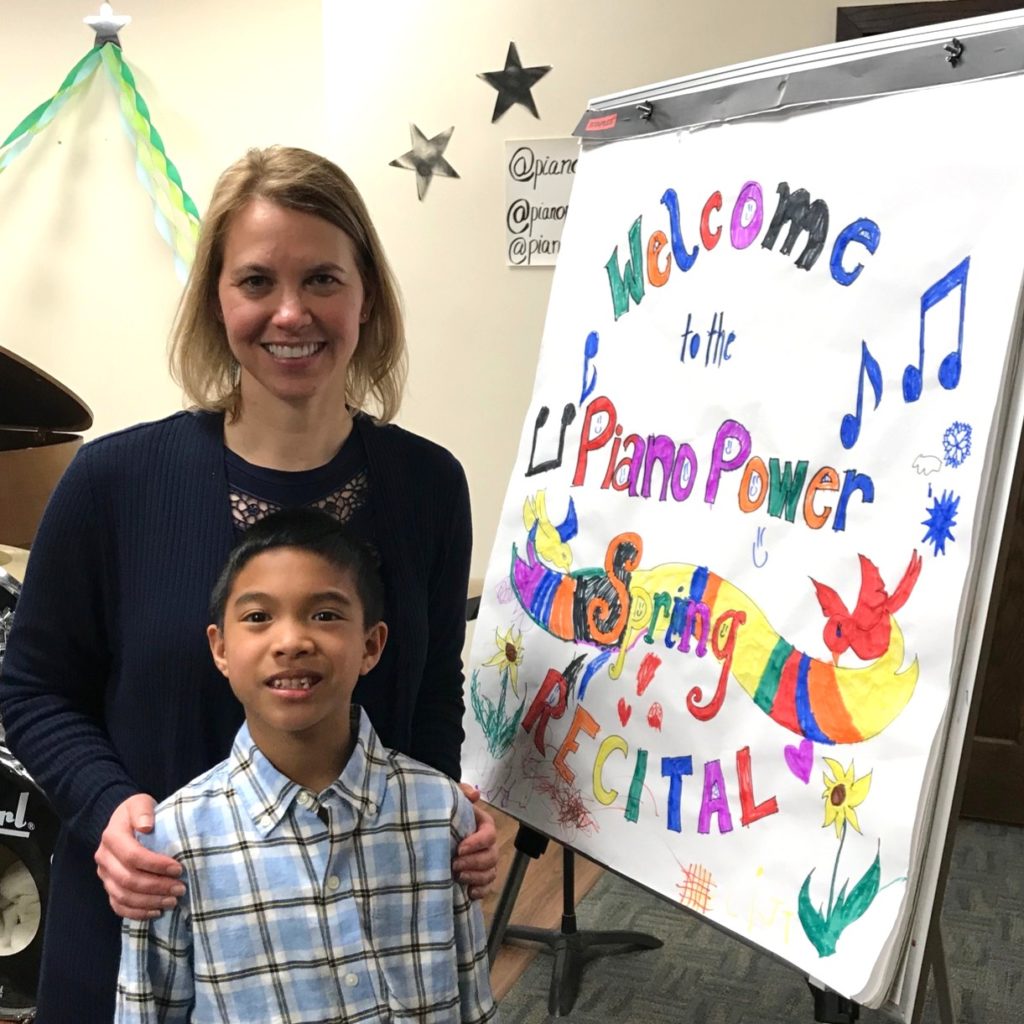 Katie Licup and her son

Katie Licup and her 8-year-old son started piano lessons at the same time. He wanted to explore piano and drums, and she was interested in the “creative and mental ‘workout’ learning a new instrument would give.”

But like Stephanie, Katie also wanted to set a good example for her son. He’d tried piano once before, and became discouraged when he discovered how much he had to work at it.

“I knew I wouldn’t be very good at this, and thought it would be good for him to see that even adults need to exert effort to improve their performance,” Katie writes in an email.

My teacher didn’t tell me I had a choice! 🙂 Also, I thought it would be hypocritical for my son to play and for me not to.

All the fear and adrenaline of playing violin recitals as a kid came back to me. I am a former litigator and a leader in the Fortune 500 office I work at now, but I’m not sure I’ve ever been as nervous as playing “Somewhere Over the Rainbow” in front of 30 people at the recital! But I felt proud and exhilarated after it was over! (And I even messed up a couple times.)

Would you do it again?

Yes. But practice really does make perfect, and so it requires time and commitment, which can be in short supply as a working parent.

Piano Power did a fantastic job of preparing both my son and me for the recital, and while I know my son was proud of his performance, we each were also very proud of each other. It was a bit of a role reversal having him cheer me on!