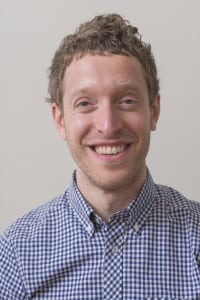 Abraham is the founder and director of Piano Power. He began offering at-home piano lessons in 2001, continuously refining an engaging teaching style. He was proud to see students thriving through his curriculum, which mixed fundamentals, collaborative original compositions, classical repertoire, and the latest hits from top-40 radio. In 2007 he founded Piano Power, building a talented and enthusiastic team of instructors with this curriculum at its core.

A graduate of Yale University, Abraham has studied piano — jazz, classical, and rock — since 1984. While at Yale, he received the Selden Memorial Award for undergraduate contributions to the arts, and he toured the world as a member of the Whiffenpoofs, an a cappella singing group. For ten years Abraham fronted the Chicago pop-rock band Baby Teeth, which recorded four full-length albums.

In 2010 Abraham created the live music comedy game show Shame That Tune with co-host Brian Costello, garnering an enthusiastic cult following during a five-year run at Chicago’s beloved Hideout nightclub. On his podcast Nerds On Tour, Abraham interviewed music people about money, motivation, and the rest of life, and in October of 2016 Abraham released Spontaneity, a collection of pop rock songs uniquely devised with musician Devin Davis under the moniker Teletype.

We are always on the lookout for outstanding piano, guitar, voice, and drum instructors. Apply now!