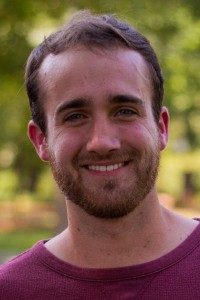 Noah began his life-long love affair with music at an early age, singing every word to “Hey Jude” while still in diapers. From there, he spent most of his childhood playing various sports (in a mediocre fashion) until a guitar landed in his lap around age 10. Immediately, the world began to make sense in new and different ways, and he traded in the baseball diamond for the stage.

A background in classic rock and folk music merged with a developing love for musical theater, and, somehow, someway, over a decade later, he finds himself as a full-time teacher, composer/lyricist, and music director! Noah now has a couple handfuls of original theatrical musicals under his belt, and a career highlight of an original show playing in an NYC off-Broadway theater.

A gifted, personable, and committed teacher, Noah has an enduring love for helping his students find the stories and feelings in every note they play.