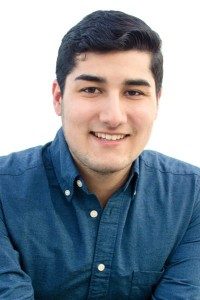 Nico Gutierrez is a teacher, pianist, conductor, and composer. He earned his bachelor’s degree in music composition from Texas Christian University in 2015, and his master’s degree in composition, with an emphasis in film and media scoring, from Columbia College Chicago in 2017.

Nico began his musical studies at age seven and began composing at age twelve. In recent years, his compositions have been premiered, performed, and professionally recorded by members of the Chicago Symphony Orchestra, Hollywood Bowl Orchestra, and the Orquesta Filarmónica de Bogotá. His love for writing film music led him to work for Hollywood composers such as Mark Isham and Heather McIntosh. Nico’s multimedia credits include work for A&E, CBS, and Netflix.

As a performer, Nico grew up playing the piano and cello as well as conducting several orchestras and singing as a professional boy soprano. Nico was a longtime member and frequent soloist in the Grammy-winning Texas Boys Choir.

Nico’s teaching style is upbeat and fun, engaging his students with clarity and kindness. Nico is looking forward to meeting and working with new Piano Power students in the years to come!