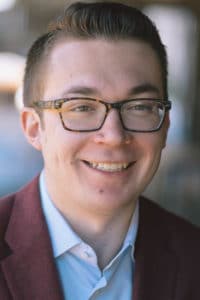 Henry began his piano studies on a classical track, receiving multiple awards from the National Guild of Piano Teachers and the International Piano Duo Competition. After discovering jazz in high school, he was admitted to the renowned College of Music at the University of North Texas. There he received both his bachelor’s and master’s degrees in jazz studies, while also serving as a teaching fellow. After graduation, Henry toured the United States, Canada, and Japan as pianist for the world-famous Glenn Miller Orchestra.

Henry began teaching with Piano Power upon relocating to Chicago in early 2019. With nearly a decade of teaching experience, a warm and gentle approach, and an easy-going sense of humor, he communicates the benefits of music education to all ages and levels.

Outside of music, Henry enjoys learning about foreign languages and cultures. He speaks English and Spanish fluently, and he also knows some German, Mandarin, Japanese, and French. He is an avid traveler and enjoys meeting and connecting with individuals from all over the world.